Entries are flowing in fast for the 2017 edition of the Wigan Trail 10k race. We are currently 50/50 Club and non-club runners which is great as we always like a good mix of runners taking part. As usual we have a fairly equal mix of the sexes which seem to show we appeal to all!

One addition we made this year was to add additional prizes available to clubs that had more than 12 entries. The purpose of this was to both reward the support of other local clubs and make our race an attractive proposition to a Club’s Championship schedule. We are pleased to say it’s been popular and that so far two clubs have already met this criteria. St Helens Striders are just a whisker away, so any Striders out there if you manage to cajole a fellow club member to enter there’s a Club prize available for you guys too! The only question now is which club will have the largest number of entries!

Please note as we need to have time to sort PIE logistics that entries will close slightly earlier on 1st May so don’t delay. 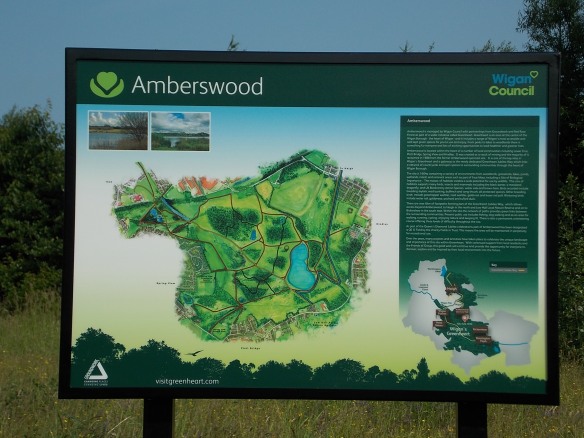 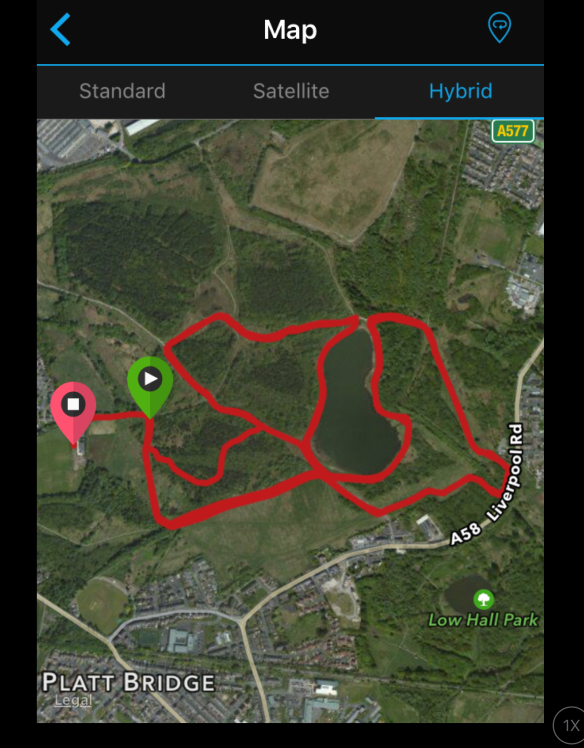 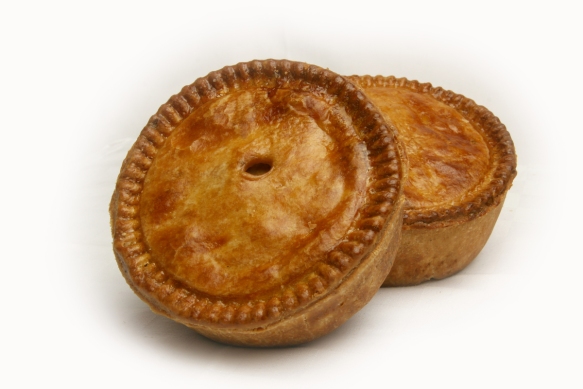 Well these were just some of the Wigan Harriers who took part in this year’s festival.

Fancy joining up with them?

Drop us a mail to wiganendurance@hotmail.com

On a familiar running stomping ground, I was pleased that for once in my racing career a sunny Sunday afternoon in Blackpool greeted me as I joined my fellow Harriers representing the Mens & Ladies teams for the Northern Athletics Road Relays.

Attracting representation from clubs across the North of the UK, the relays are my favourite club event by far. Made up of 12 legs for the Men and 6 for the Ladies which alternate between 5k and 10k (approx) the relays offer something for everyone.

The range of talent on show from amateur level (me) to elite was clear just like any race. However, what was without doubt equal across all runners was the effort people put in for their clubs and the sense of camaraderie in team tents. I feel really honoured to run events like this for my club and looking at the effort put in by runners of all abilities at this event I am sure I am not alone in this.

Harriers fielded one team for the Mens and two for the Ladies competitions. Having struggled with injury myself for the second half of 2016 it was a huge relief to be pulling on the red and black again, albeit this was to be my last outing for a while as I will be undergoing surgery in April.

Arriving late (I don’t do late) due to traffic issues the action was underway by the time I got there. This meant I had little warm up and planning time.

Now, I wouldn’t ever advise not warming up but not having time to ponder what was about to happen in a race sometimes works to your advantage. I must admit I was starting to get pretty nervous! I hadn’t raced since Summer 2016 and done maybe four sessions in this time. To be clear, I wasn’t worried at all about time – what will be will be – I was concerned I wouldn’t get round!

I arrived just in time to see Waldu finish his long leg and to hear stories of marshals attempting to nobble what was an excellent run by sending him back towards the finish after just one of his two laps. I knew then I had about 5 mins to get myself together and get to the start.

For those yet to do a relay event, before you run you must congregate in a pen and wait for your clubs runner to arrive in view before you are called to the start line. My ‘warm up’ consisted of a jog to the pen, a couple of token stretches and a squat or two (to look like I knew what I was doing). I then realised it was really warm, if I didn’t know sensible running was required before, I did now. In no time at all I saw Gary ‘takes no prisoners’ Wane charging around the top bend like he was chasing down a mortal enemy and that was my cue to get ready.

My quick mental preparation was ‘you have been injured, you are not as fit as you were, don’t be an idiot, start easy or you won’t get round’. Off I went, looked at my watch after 200m and realised I was running 4:45 min mile pace. So the plan was out of the window before I even cleared the first bend. This was going to hurt…. I knew this as it already did.

The course had a bit of everything – a short but notable hill, trail and lots of turns but it is still very runnable and would be described as ‘quick’. Long legs are two laps and short just the one.

What wasn’t on the course map was the Thomas the Tank Engine ride which seemed to cut across the course constantly and unruly dogs (or their irresponsible owners dependant on your perspective on this matter). This is the payback for the sunshine I guess.

I eventually eased into a more sustainable pace but by this time I had booked myself a ticket on the pain train (Thomas looked far more appealing) due to going off too fast. One spectator told me afterwards I looked like I was ‘suffering’ when he saw me. Truth be told, he was spot on but what he probably didn’t realise was I had only covered two of my 6 or so miles and had he kept his vantage point he would have seen real suffering on lap two.

The funny thing about relays is that you never really know where you are. The staggered starts and multiple teams submitted by some clubs makes if hard to work out if you should be catching the guy in front as for all you know they may be a lap behind you or have had a considerable head start. You just need to run your own race.

It’s fair to say when I got back on the track to indicate 300m to go I was relieved. Jayne Taylor’s encouragement stoked up one last push to get me home (knowing Jayne I assume it was encouragement but to be honest I was feeling dizzy and a bit sick by now so didn’t really hear it). At the point I saw a streak on pink hair I knew Chris Green was waiting and ready to go and I was home. I was pleased with my run overall and came out with a time that was probably the best I could have expected. I made it hard for myself from the off but I can honestly say I left nothing on the course.

As I left the track a marshal asked with some obvious concern if I was OK (you know its bad when that happens). I slowly got back to the group and got some fluid down me. I had really underestimated how warm it was and on reflection hadn’t drank enough in the morning. Seeing those who had run, were waiting to run or had come to offer support made it all go away and I remembered why we do this.

There were solid performances all round with the men’s team finishing 43rd overall.

It was however, as per cross country, the Ladies showing us how its done with fantastic 17th and 37th places for the A & B teams respectively.

Now I know I have painted an at times pretty grim picture here, but I absolutely loved it. This is what club running is all about. There is a place for everyone in events like these and cross country. There is something about pulling your tripe out for your team – time & speed really doesn’t matter, effort does.

It’s always great to be a Harrier, but days like this make it even better. 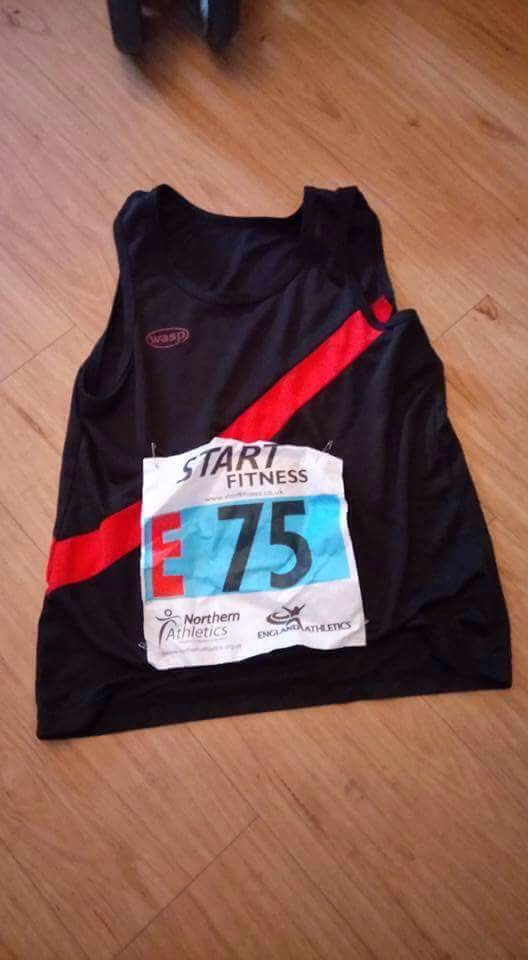 I would urge all of my fellow Harriers to give the relays a go and represent the black and red army. Let’s get two or even three teams out next time.