2nd weekend in January means only one thing…. UFO’s! Well that’s how the race is sold but actually its the Petzl Night Runner Rivington 10K.

Cold start again for the second year in a row but sadly no snow this year. It had been forecast earlier in the week and I had been really excited about running in whiteout conditions but in the end is was not to be, it was very wet underfoot but thankfully the rain held off for the race itself.

7pm start meant us arriving at Rivington School an hour before for a standard mile warm up which turned into two followed by the compulsory briefing under the start gantry. Warren of course ushered me up to the front with my usual protestations of “ I can’t start up here with all these, I will slow them down.” I think Warren’s reply was along the lines of well don’t let them go past you. Following the countdown we were off, a downhill start (for at least 20 meters) and then a relentless energy sapping, leg trashing, uneven underfoot climb of approximately 2 miles. Now I know what your all thinking reading this, that bit has just sold it to you.

Next the flat bit along where the pigeon tower is and I’m sure most of you may well be familiar with how rocky and uneven the path really is and how that makes it just as challenging as the ascents and descents. It’s not flat for long before the route takes you up around the back of the Pike, thankfully not up to the top, that was my mantra at this point “ at least it’s not to the top, at least it’s not to the top.”

It’s a decent descent then back to the road past the Dog Kennel’s before a sharp left onto the footpath which then climbs all the way up to the top road and for those not familiar with the area, that’s the road that leads to the mast. On this climb I was aware that I was 3rd female and this particular stretch is one which Warren has had me spend many a training session doing. Warren’s theory being that this is good Mont Blanc and Lakeland 50 training. It was also fantastic training for this race, as whilst I did not close down on the second female I was happy to pass a number of runners on this section. Usually when training when I hit the road I have a breather for a few seconds and a quick look back at where I have come from but not in the race, no time to stop I had to head up the road before turning back off to the left onto the footpath up to the Two Lads.

This section from the road up to the Two Lads and then back down to the Dog Kennels has seen me fall a good many times on both races and training runs. Last June on a warm, dry, clear, light summers evening during the Henderson’s end race I fell face first scrapping all my shoulder which still had the scar a month later on my wedding day much to my Mum’s annoyance, but at least the dress covered it. In fact that is clearly a life long scar as its visible today. We had done a training run just over a week before during the day when the ground was thick with ice. Now I bet your thinking I slipped, which is logical but when I fall it aways seems to be spectacular. My foot went through the thick ice breaking and as my leg went down into the deep bog the broken ice pitched up and my knee slammed into the edge of it. This time I had to do it in the pitch black with just a head torch for company and it’s really hard to get used to running with a head torch so that you’re not blinded by your own breath bouncing off your beam.

I headed up to the Two Lads and carefully down to the Dog Kennel’s, sorry guys no tumbles on this occasion it passed easily and without incident. Once I hit the Dog Kennel’s I knew it was a straight descent back to the school and I could pick up some time. The two thirds is no technical trail as the terrain is uneven to say the least but you know your nearly home when hit the smooth tarmac for the final downhill just before the finish. It is on this part i was flying in fact the stats show that I managed mile 6 a second faster than Warren (I’m sure he understands that I have to get that point in). I over took the second female on the road descent and as I rounded the corner at the bottom i could then see the first female as I got closer to her she spotted me and accelerated off, I tried my hardest and finished strong but I had nothing left when I crossed the finish line.

As it’s a chipped race on corrected times I finished 3rd female overall. I’d like to be able to share with you my prize for coming 3rd but it was cold and more importantly I had a homemade lasagne waiting for me at home that I had slaved over earlier in the day and that was now on the top of my agenda. 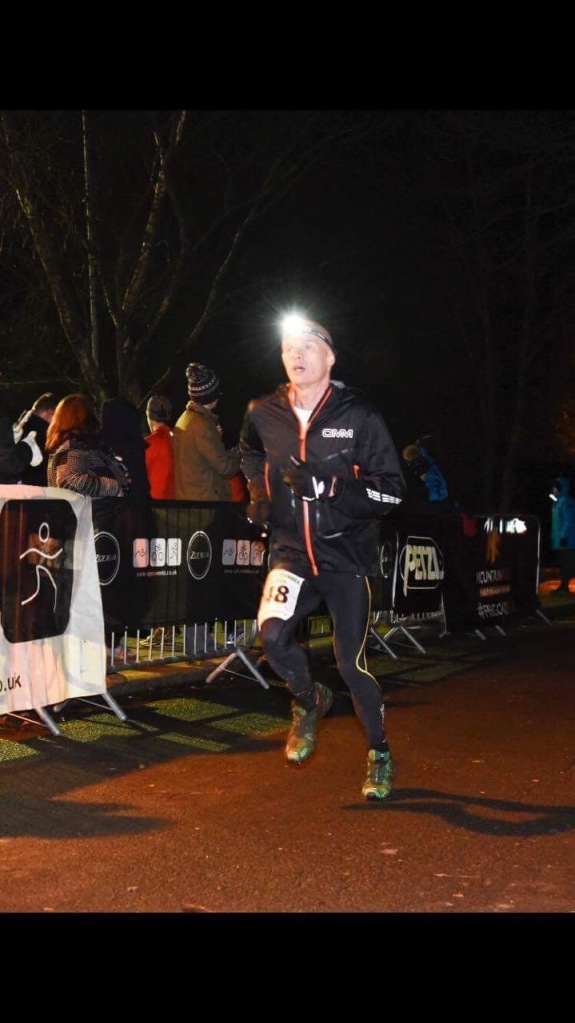 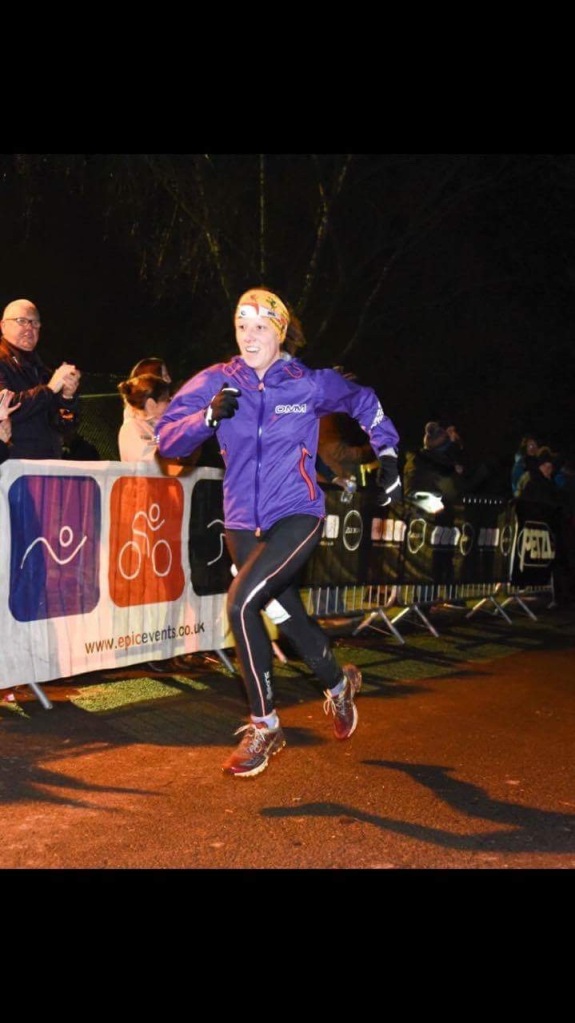 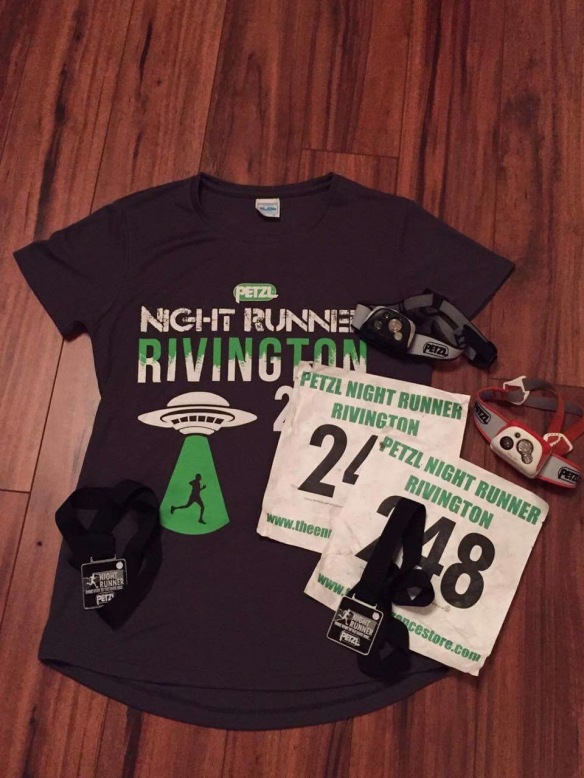 This is a race for everyone, just check it out, Epic Events even encourage fancy dress so even if you just wants something that is fun but a bit different then this is definitely a race to consider.